We finally got internet and T.V. at the apartment! Do I have a story for you! After 4 weeks of waiting I've decided to tell you all how much Direct TV SUCKS! Yeah... they're about as worthless of a company as any I have tried to get service from. After 4 weeks of them putting me off and running me through a ton of circus hoops I finally decided to just go with Cox. I called Cox, purchased the services, picked up the gear and 1 day later I had T.V. and cable. How convenient is that. Instead of waiting 30 days and having 3 techs come out and say, we can't mount this H.D. Receiver Dish on a tripod, and then say, well we can it'll cost you $100, then the next one say, we can't do that, then they say, we can for $50, then say they can't, then say they can, and on and on like the energizer bunny. So within the week I'll be reporting what kind of shoddy service Direct TV provides to the BBB. I'm a patient person, and 4 weeks is more than sufficient time to allow a company to quit bumbling over their own issues and provide service. Anyway! I finally have working television and internet, no thanks to DirectSUCK TV! 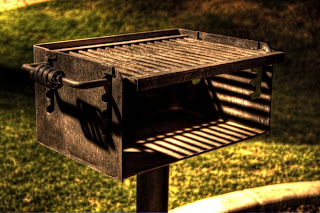 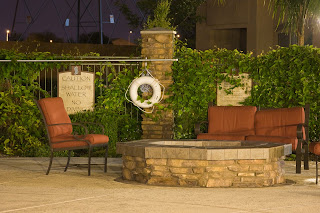 There's just something about long exposures at night that really amazes me. There's an atmosphere that you can capture that just is not there with the extreme luminosity of the sun. Maybe it's the harsh shadows caused by the sun, or the soft light from the stars and the ambiance of the overall city lights. Whatever it is, as you can see, the night time provides a whole different look to the photo's, and when done right, HDR can produce some really unique, beautiful photo's! 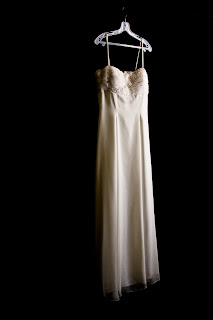 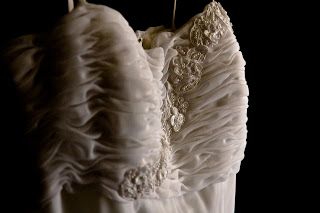 Along with the improvement to the way I take long exposures at night, I also have watched some dvd's on studio lighting as well as how to improve the use of natural lighting in portraits and weddings. I've applied some of these techniques to taking photo's not just of weddings and portraits but also of objects. I started with the dress that my queen will be wearing when she walks down the isle and I think the results turned out very pleasing!


The last thing I will daunt you with is I finally got a NEW car. Not just "new to me" but a "bran spankin new" car! I know it's not the greatest but it will work for a while so I can save money and trade up. After my truck almost completely ate it on me. My 1997 Ford Expedition seemed at the end of it's road. With a mere 94k miles on it you would think this thing had some life left in it. However I wasn't willing to fork up the thousands of dollars that it needed to keep going. It needed rear air bags (suspension) as well as the individual ignition coils were going out. At $50 a piece no one wants to spend $400+ on 8 ignition coils. So without further ado and slamming of my truck, my new vehicle is a Kia Spectra. It gets 35mpg which is insanely better than the 12mpg I was getting with the Expedition! Anyway, the saved money left room for higher payments and assurance that I won't be having to do any work to a vehicle for a couple years! :) I was told by someone that Honda took over production of Kia's, so that was reassuring, though I haven't confirmed this yet. Either way, got a new car, no worries bout breakdowns for a long while and saving money! Life's journey on this planet is looking good! Can't wait till the return of Yehoshua when the outlook will ALWAYS be good! :)

Shalom!
Posted by Joel Hanger at 7:35 AM

This popular on-line UK on line casino provides a really beneficiant first deposit bonus. Players get pleasure from 100 percent bonus funds for deposits as much as} €100 with wagering necessities of forty occasions. With no stay on line casino, this web site is probably not|will not be} greatest choice|the only option|your best option} for UK gamers preferring websites with stay on line casino games. If might have} a cryptocurrency pockets, you might surprise if you should use|you need to use} those funds to gamble on-line. At BitFiring, you 1xbet can also make|you may make} deposits of leading cryptocurrencies like Bitcoin as well as|in addition to} fiat cash deposits to play.

Thank you for checkin out my blog. If you're interested in prints or services please call me or e-mail me. I offer all major photographic services including, but not limited to:
Portraits
Weddings
Families
Seniors
Retouching
Restoration

If you've seen one of my photographs used somewhere in an ad or a paper let me know I love to see where my works been used through stock photography and such.

Joel Hanger
Phoenix, Arizona, United States
Will be deleting this blog soon and moving to a custom wordpress blog

Web Hosting At It's Finest!